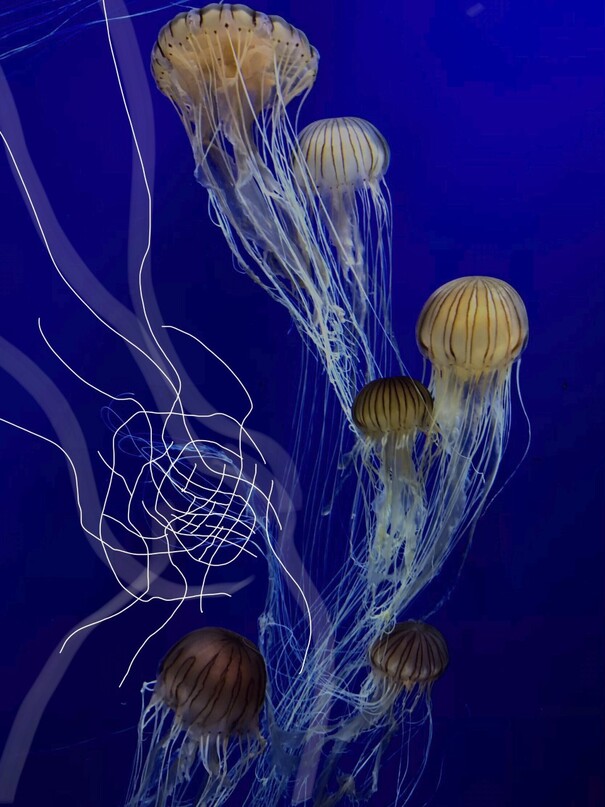 Chen Mei-Tsen experiences time, space and memory as an urban nomad, observes Nature and studies the mutual relationships between living creatures and their biological, social, and environmental surroundings.

Born in Taipei, Taiwan, Chen Mei-Tsen lives and works in Paris, France.
After graduating of Fine Art from Taipei National University of the Arts in 1990, she went to Paris for advanced studies. Subsequently she was awarded an artist residency in France and has worked there since then. Chen creates an inventory of vital moments by means of drawing, analogue/digital photography, video, installation, sculpture and painting thus translating these moments into an intimate topography, a map detailing sensitivities and experiences according to emotional imperatives.
Chen has been selected by Le Collectif pour la culture en Essonne (CC91), sponsored by the Conseil départemental de l’Essonne et la Région ÎIe-de-France to feature in its Visual Arts Biennele Exhibition « La Science de l’art » from October – December 2021. This prestigious Bienniele, the 9th to be held, focuses on concepts and practices which are grounded in transdisciplinarity.
In Chen’s work, the map becomes a dream which connects and weaves together disparate networks. She depicts cities which change and evolve both physically and mentally as the growth of trees impacts them, as well as investigating this impact on the artist’s own identity. Chen defines herself as an urban nomad. Whenever possible, she travels with her artworks when they are exhibited in the many cities where she has shown, in order to have a better understanding of the reactions of visitors to her work. In this artistic context, she has had many exchanges and interactions with the public, responding to social and cultural differences, as well as with other artists of all nationalities. All these journeys allow her to have physical connections across diverse urban environments.
Chen Mei-Tsen has had numerous solo and group exhibitions in Art Galleries, Contemporary Art Fairs, Art Centers and Museums, in Europe, Taiwan, China, Russia and US. Her work features in private collections in France, UK, Spain, China and Taiwan. 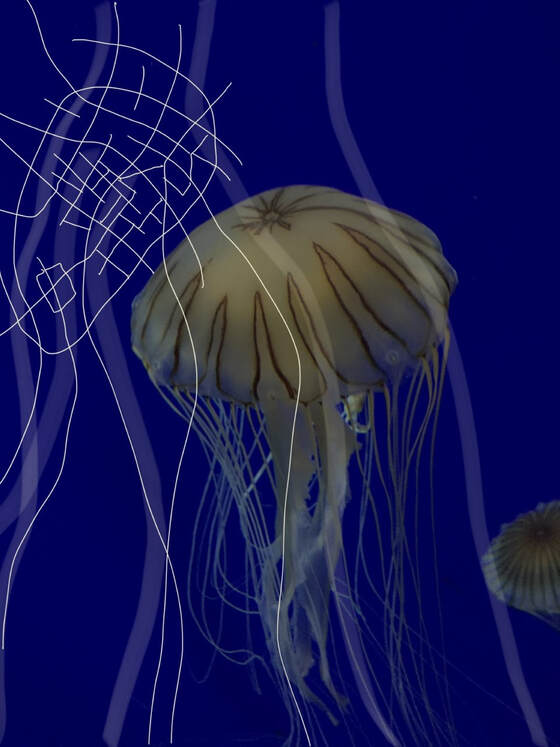 Drifting Life
interactive video, 2021 - screenshots
It describes the feeling of wandering, of strangeness. Designed by Unity, this world invites viewers to immerse in the movements of Jellyfish and to be lost in gravity and orientation. Entering as a first person viewpoint by diver’s bubbles, viewers explore and test out where the exit - liquid doors might be located. Inside these interactive spaces, viewers will find pop-up windows as ‘Iconography’ and ‘Ecosystem’ where artists' inspirations of Jellyfish represented in the history of art, and scientific researches showed how we are intimately connected with these living creatures in the marine ecosystem. Meditating and learning Jellyfish stories through a transdisciplinary way.