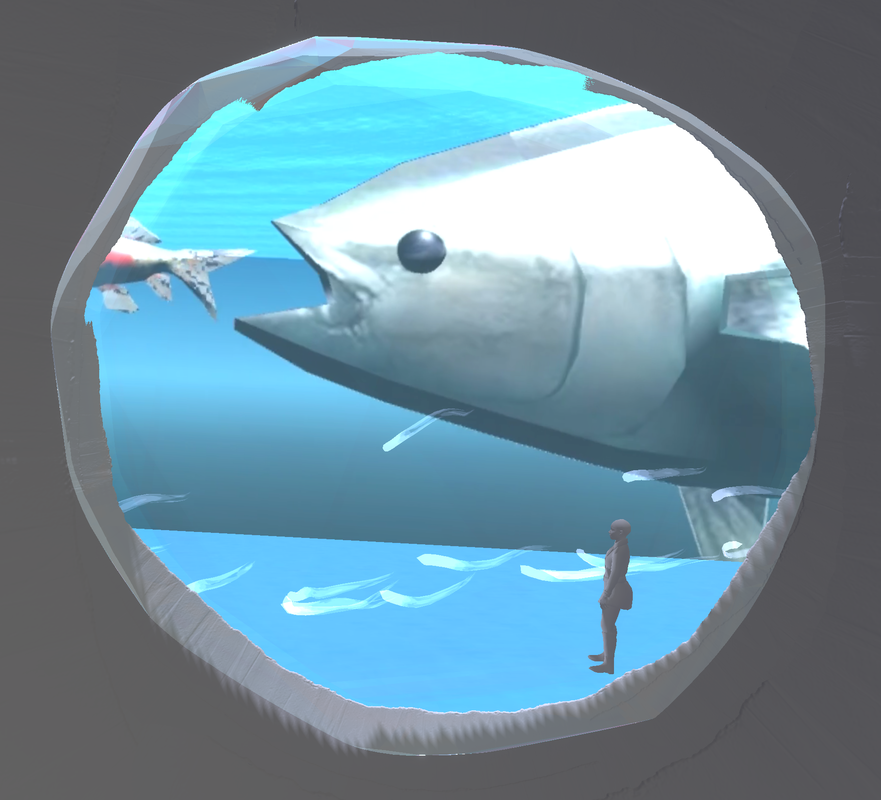 Terri Broughton is a London based 3D artist and animator. She graduated in 2018 from the University of Westminster with a degree in BA Animation and has continued to nurture and diversify her skills by undertaking courses in Web Development (HTML, CSS and Javascript) and programming (Python) with CodeFirstGirls.
After graduation, while developing her own portfolio, Broughton created the visuals for Afrobeat artist Roco which included both character and background design as well as animation.
3D Modelling is at the heart of Broughton’s art practice, including immersive mediums such as unity, virtual and augmented reality. She is committed to integrating the navigational aspects of game design and creation in her artistic practice, as well as using these skills to reach out to new audiences. In particular, the Sheltering World project which involves cocreation with local people, is an important way for her to engage with audiences which are often excluded ie, people on low income, the homeless and vulnerable people in Care homes and sheltered accommodation. As Team Leader for this project she has been able to investigate issues around best practice in which new media and social engagement can be mutually supportive at a time when our society is being fractured by the separations required to combat COVID-19.

2019 provided Broughton with an opportunity to explore immersive media in a range of different contexts. Firstly, as an assistant to multimedia artist Fion Gunn during the Odyssey: Explorations Project, which encompassed an interactive exhibition at Tate Exchange, community workshops in London and Liverpool and a digital showcase at Tate Liverpool and Open Eye Gallery Liverpool. She and Gunn designed public workshops which incorporated an introduction to AR and simple 3D scanning alongside more traditional making activities. In her role as project assistant she delivered a community workshops at the Irish Centre and Pagoda Arts Centre in Liverpool and Sunnyhill Children’s Centre, Lambeth to test the workshop concepts. She developed film editing skills as well as expertise in exhibition installation during the interactive exhibition in the Tate Exchange space. She led public workshops and as well as leading guided tours. Broughton collaborated with Gunn on the full documentation of the project, the films of which are on YouTube.

In August 2019 she assisted VR artist Sean Rodrigo for an exhibition installation at Bruce Castle Museum and Bernie Grant Arts Centre and subsequently edited the video documentation of these events. She also assisted Rodrigo during his VR workshop with VRDI in the Plexal centre at the Here East building back in 2018, as well as his VR workshops at UCL.

Broughton was involved in the coordination of a Midsummer Neighbourhood Arts Trail in Streatham liaising with residents’ associations and local people. This event which was opened by local MP Bell Ribeiro-Addy, who visited all the participants, was carried out in a physically distanced way, with 38 households participating and hundreds of visitors.

Since July 2021 Broughton has been collaborating with Gunn, composer/musician Tyson Richards and poet Eliza Cooey in a project entitled Sheltering World which focuses on the ways we can find shelter in our lives and is a direct response to the COVID crisis.  She has coordinated the weekly meetings and is the lead artist for the project which has been awarded a grant from Arts Council England. The project which launched online on 18 December and will continue until June 2021.